In the New Testament, Christ is mankind’s divine mediator and intercessor, their high priest in the heavenly temple, the Holy One who sits at God’s right hand, and the saviour who descends to earth at the end of the age to vanquish Satan. But this multifaceted, cosmic identity wasn’t introduced by an itinerant Galilean preacher, nor did it originate with the teachings of the early apostles, for the notion of a divine saviour described in these terms was already widespread in Judaism before Christianity was born. He went by many names, but the one he was known by most often was Michael. In this article, I want to explore his development and his importance to both Judaism and Christianity.

END_OF_DOCUMENT_TOKEN_TO_BE_REPLACED

The Bible is often difficult to make sense of without the proper conceptual framework. Why is Paul concerned about mysterious angels, principles, powers, forces, and archons in his epistles? Why are interactions with demons at the forefront of Jesus’ ministry in Mark? Why is heaven sometimes described as having different levels? Why does Paul describe people under the law as being enslaved to the elements? What motivated early Christians to worship a heavenly saviour? It’s hard to answer these questions without a detailed understanding of ancient Jewish and Greek cosmology, so I’ve spent a great deal of time reading the best books I can find on the subject. Much of what I learned surprised me; perhaps it will surprise you too.

This article might seem to ramble at first. There are dozens of different threads that need to be explored before we can see the tapestry they produce in Christianity. END_OF_DOCUMENT_TOKEN_TO_BE_REPLACED 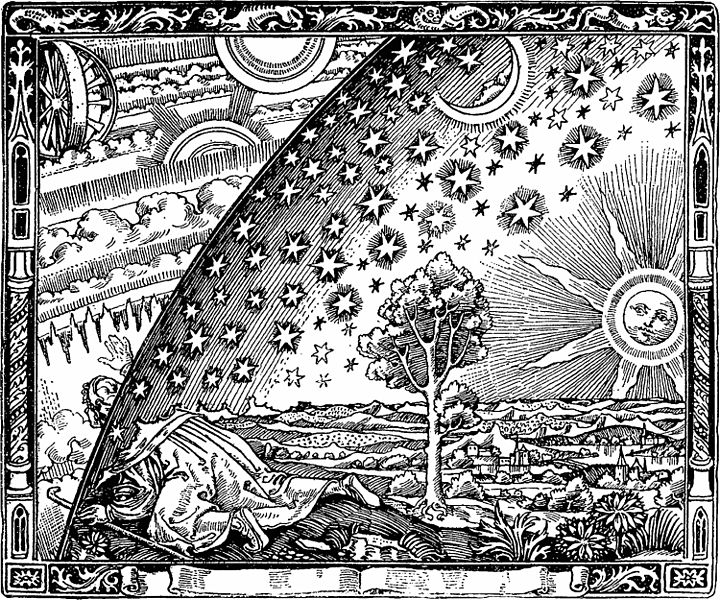 With the recent Bill Nye-Ken Ham debate and the conservative religious reaction to Neil deGrasse Tyson’s new educational TV series Cosmos: A Spacetime Odyssey, the spotlight is once again on Creationists — a vocal minority of the Christian public that believes “biblical creation” as described in Genesis ought to be taught in place of scientific theories about the origins of life and the universe.

Although the scientific absurdities of Creationism have been widely addressed, the biblical and theological failings of this doctrine are less well known. Even outside Creationist circles, most Christians (even most theologians, perhaps) know very little about the subject. What exactly did the ancient Jews believe about the creation of the world, and how are those views expressed in the Bible?

It is a common misconception that Genesis 1–3 is the key passage for understanding biblical creation. After all, this story (two stories, actually) is found at the very beginning of the Bible and seems to provide the basis for what comes after. This simplistic approach, however, ignores the complicated history of the Bible’s compilation and canonization — not to mention the rich cultural background of Palestine. Genesis 1, in fact, is a rather late retelling of a story that is woven throughout much of the Bible — the Psalms, Job and Isaiah in particular — and does not really mean what many people think it does.

END_OF_DOCUMENT_TOKEN_TO_BE_REPLACED

Check out my Amazon Affiliates Store to see some of the Bible-related books I recommend. I also receive a small commission from sales made through Amazon links on this website.