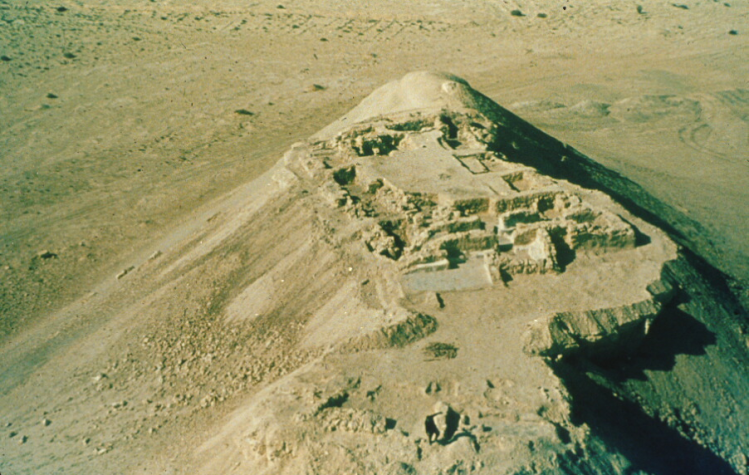 One of the most famous phrases in all the Old Testament is certainly the declaration in Deuteronomy 6:4, referred to as the Shema after its initial word.

The best nuance with which to translate this statement has been debated. The NRSV and its footnotes offer no fewer than four options, for example. I used to frequently hear it in sermons expressed as “Hear, O Israel! The Lord our God is one God!” and there is a popular church song that uses this translation as its main lyric. Hearing it this way, people naturally assume the Shema to be a simple expression of monotheism.

However, what it really says is somewhat more interesting, and a more faithful translation would be the following:

Hear, O Israel: Yahweh our god is one Yahweh! 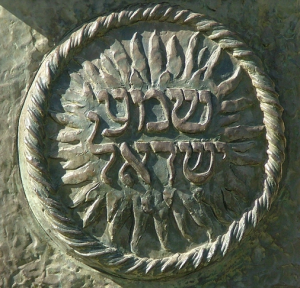 Inscription of the words “Shema Yisrael” at the Israeli Knesset (source: Wikipedia)

We read a similar statement by the prophet Zachariah (14.9):

What, exactly, is meant by “one Yahweh”, and why would such a declaration be necessary? Archaeological finds of the past few decades have shed some light on that.

Deities in the ancient Near East were not conceptualized as universal, omnipresent beings like today’s monotheistic religions do. The Canaanite god Baal-Hadad, for example, was worshipped in a variety of different, often local, manifestations. Baal-Shamem (Baal of the Sky), Baal of Lebanon, and Baal of Sidon are some of the variants of Baal attested to in inscriptions. The Old Testament also refers to various places named after local versions of Baal: Baal-peor, Baal-hermon, Baal-meon, and so on.¹ The reference to a Beth-baal-meon in Joshua 13:17 implies a temple or shrine dedicated to the local Baal.²

It appears, from the archaeological and textual evidence, that the same was true of Yahweh. At Kuntillet Ajrud, a Hebrew religious site in the northeastern Sinai dating to the eighth century, inscriptions have been found giving blessings in the name of “Yahweh of Samaria” and “Yahweh of Teman”, as well as Yahweh’s consort Asherah. Less obvious examples can be found in the Bible itself: in 2 Samuel 15:7, Absalom asks the king for permission to fulfill a vow he made to Yahweh běḥebrôn, which can be translated “Yahweh of Hebron”; and Psalm 99:2 gives praise to Yahweh běsiyyôn, “Yahweh of Zion”.³ It is also increasingly thought that Qos, the patron deity of Edom, was a local variant of Yahweh.⁴ Additionally, the Old Testament implies in places that the worship of Yahweh was geographically restricted (e.g. 1 Sam 26:19 and 2 Kgs 5:17). We may also note that the chief Syro-Canaanite deity El, who in time became equated with Yahweh, also appears in the Bible under diverse manifestations: Elyon, Shadday, and others.

In the earlier Hebrew texts, we find evidence for numerous sanctuaries and temples where local Yahweh veneration took place, including Samaria, Dan, Bethel, Shiloh, and Jerusalem. Archaeology has discovered additional Judaean/Israelite shrines, such as those at Kuntillet Ajrud and Arad.

These local sanctuaries and diverse Yahweh cults were not to last, however. A major historical shift in the religion occurred when, at some point, a concerted attempt was made to centralize Yahwist sacrifices and worship at Jerusalem (or at Mt. Gerizim, in the case of the Samaritans). This effort, along with the “discovery” of the Law scroll in Jerusalem, has been retrojected by the Deuteronomic authors into the time of pious King Josiah, whose religious reforms included the destruction of bamot (local shrines) to Yahweh and the slaughtering of their priests (2 Kgs 23:20).⁵ We see a depiction of this reform again in the stories of Ezra and Nehemiah, returnees from Babylon who introduce the people of Judah to the Law of Moses and the correct means of worshipping Yahweh.

The importance of the Shema is seen more clearly in this context. It documents and imposes a fundamental change in the understanding and worship of Yahweh. From now on, the book of Deuteronomy declares, Israel’s god is to be Yahweh, and there shall be only one Yahweh.

⁵ Note, however, that there is no archaeological evidence for Josiah’s cultic reform, and many biblical scholars doubt whether it took place.

7 thoughts on “And Then There Was One: Yahweh and the Shema”

Check out my Amazon Affiliates Store to see some of the Bible-related books I recommend.